Harriet Tubman’s image may replace Andrew Jackson’s image on the front of the $20 bill, although it is unclear exactly when. Andrew Jackson, our seventh US President, will have his image moved to the back of the bill. During Harriet Tubman’s life, she was hated by the Southern Democrats but loved by the party of Lincoln, the Republicans. Because of the change of the $20 bill, Tubman’s life and meaning has become again a topic of discussion for the United States of America.

Harriet Tubman was an escaped slave who risked her life to free others. Born a slave in Maryland, we believe her birth date was 1822, though we are unsure because slaveholders tried to take away any birthday celebrations for slaves. It was believed that if a slave didn’t think she was special, she would follow orders better. Some time in her young adulthood, Tubman escaped and travelled along the Underground Railroad until she made it to Pennsylvania, a free state. After making it to freedom, she returned South numerous times to rescue dozens of slaves. 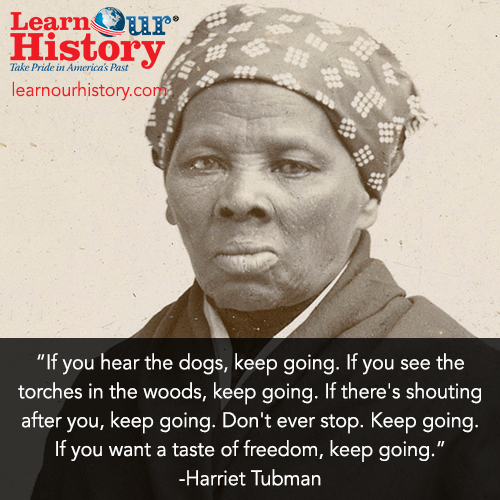 Escaping from slavery was dangerous, but this did not stop Tubman from returning to the South to rescue more slaves. She travelled on the Underground Railroad. This was a secret system of families, mainly white, who sheltered and fed escaped slaves during the day at their homes, called “stations”. At nighttime, the slaves continued on the “railroad” until they made it to another station, or into the North. Tubman acted as a conductor, a person who led the slaves along the railroad.

Harriet Tubman carried a gun while a conductor on the Underground Railroad. Running away from slavery into the unknown was so terrifying, that some slaves wanted to return to their masters while on the journey to freedom. If a slave started to turn back, Tubman would point the gun at these individuals and threaten to shoot if they returned. Tubman knew the slave master would torture the slave until he found out information where the other runaways were.

Unlike Andrew Jackson who was the founder of the modern Democratic Party, Harriet Tubman was a lifelong Republican, even acting as a spy against the southern slaveholding Democrats during the Civil War (1861-1865). Tubman reportedly had hundreds of intelligence contacts and could easily gain the trust of slaves in the South. In one scouting mission, she became the first woman to command a significant number of American troops in combat. This action freed more slaves than all of her journeys on the Underground Railroad.

Harriet Tubman was a devout Christian and believed she gained her strength and courage to help others from her belief throughout her lifetime. After the Civil War, she helped to found a church and a retirement home. She also fought for woman’s suffrage and fair treatment of black Civil War veterans. Harriet Tubman died in 1913, loved by the North and the slaves she had freed and hated by Southern white Democrats.