Memorial Day is a day set aside by the United States Congress to remember and honor all those who have fallen in battle defending America. In 1967, in the middle of the Vietnam War, President Lyndon Johnson and Congress established this federal holiday to take place on May 30th. In 1968 Congress decided to move the holiday to the nearest Monday closest to the 30th, to give federal workers a three-day weekend. Although many Americans celebrate this day by having bar-b-cues and kicking off the summer, its true meaning can be found in a speech by President Ronald Reagan. 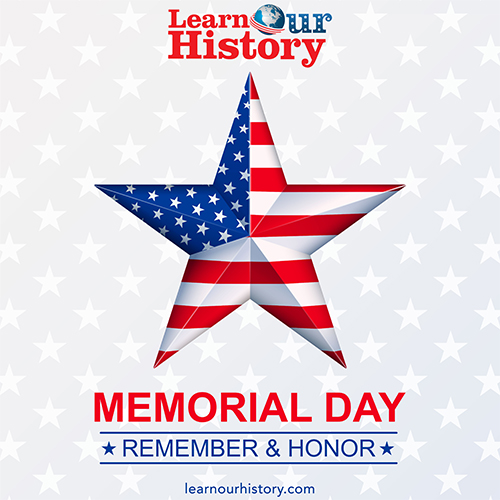 “Forty summers have passed since the battle that you fought here. You were young the day you took these cliffs; some of you were hardly more than boys, with the deepest joys of life before you. Yet, you risked everything here. Why? Why did you do it? What impelled you to put aside the instinct for self-preservation and risk your lives to take these cliffs? What inspired all the men of the armies that met here? We look at you, and somehow we know the answer. It was faith and belief; it was loyalty and love.

The men of Normandy had faith that what they were doing was right, faith that they fought for all humanity, faith that a just God would grant them mercy on this beachhead or on the next. It was the deep knowledge – and pray God we have not lost it – that there is a profound, moral difference between the use of force for liberation and the use of force for conquest. You were here to liberate, not to conquer, and so you and those others did not doubt your cause. And you were right not to doubt.

Although Memorial Day was established in 1967, its origins can be traced to right after the Civil War. More Americans died in the American Civil War than in all other American wars.  Over 625,000 American soldiers died, including about 30% of all Southern white males and 10 percent of Northern males ages 20-45.  Almost every American knew someone who died. Because every American knew someone who died in the war, citizens gathered together to remember the brave who had fallen fighting for what they thought was just.

Immediately after the war, one of the first known observances of remembering the dead was called Decoration Day, because mourners would decorate the graves with flowers. Freed slaves, along with missionaries and others, organized a celebration in May in 1865. 257 Union prisoners had died during the war in a Charleston war prison and had been buried there.  Some in the North have called this the “First Decoration Day.”  On this day, more than 10,000 people, including 3,000 newly freed children, participated.

Throughout the late 1800s and early 1900s, the American Army, the U.S. government, and individual states celebrated Decoration Day, usually on May 30th, a date chosen because no great battle fell on this day. The United States government established national cemeteries for the Union dead. This unofficial tradition of a Memorial Day lasted until 1967, when it became one of America’s federal holidays.

Below are listed all American military deaths that occurred because of the various wars of the United States of America.